Everything You Need to Know About the Coronavirus

The Coronavirus went from being a virus that most people hadn’t really heard of to something that’s gone, well, viral for lack of better terminology. And it all happened faster than any of us could predict.

Last December he sent a message to fellow medics warning of a virus he thought looked like Sars – another deadly coronavirus.

But he was told by police to ‘stop making false comments’ and was investigated for “spreading rumours”.

“I don’t think he was rumour-mongering. Hasn’t this turned into reality now?” his father, Li Shuying, told the BBC. “My son was wonderful.“

As pointed out by the BBC, Wenliang did his best to warn fellow medics about the severity of the virus. Cases had popped up already, but the Chinese media was heavily downplaying it. Residents and tourists alike were encouraged to participate in the Lunar New Year festivities and visit the market.

Wenliang sought to protect those from the virus, but was quickly silenced by authorities. This happened screenshots of his messages (regrettably without cropping out his name), were published online for the world to see.

Li Wenliang contracted the virus and ultimately died from it. This caused outrage around the world; especially in China. Wenliang was being heralded as a hero despite the media’s villainization of him. He was called a “fear-monger” and a “whistle-blower” by media and people around the world chastised him as trying to get his 15 minutes of fame.

“Trump’s impeachment is happening, time to distract us from important things like that to talk about a beer virus!”

This was the unfortunate sentiment that took place. Luckily this thought pattern has tapered off and people are now taking it far more serious. Unfortunately, it came at the cost of many lives.

Where did it come from?

After the memes died down and the severity of the virus took over, people began to wonder where the hell it came from. After all, there had to be a patient 0 or starting area.

Well, Ground 0 was quickly identified as the WuHan market. This is where the bulk of the cases originated from and seemed to be the most heavily saturated area for the virus. And despite the fact that reports of the virus had come from the market, residents and tourists were still encouraged to visit it. As pointed out earlier, the media and authorities were downplaying the severity.

However, experts now believe that the WuHan market isn’t actually where it all began.

The deadly coronavirus sweeping the globe did not begin in a Chinese fish market.

Instead, researchers warn it was spreading through Wuhan for up to a month before being detected.

Rather than being ground zero, the market place served as a “super highway” or “spreader” of the virus. With so many people being present in tightly confined quarters, the virus could easily jump to new hosts. When questioned about these concerns, the Chinese government kept quiet and continues to do so.

The Lancet, a medical science journal, published an update that you can read here regarding the first reports of the outbreak. Researchers tracked these to 41 original cases and rather than providing some much needed answers, these cases only give us mysteries.

‘No epidemiological link was found between the first patient and later cases,’ they state. In fact, 13 of the first 41 had no link to the market whatsoever.

And as far as patient 0 is concerned, if the identity is known it’s being kept hush-hush. At the time of this article, the identity is still unknown but is being heavily sought after by scientists.

What caused the Outbreak?

Alongside the quest to find ground and patient 0, researchers and the world alike began to ask “what caused the virus?”

In the case of Ebola, patient 0 stumbled across a cave where it was lying dormant. Now that the virus had a chance to inhabit a host, it quickly latched on and patient 0 unknowingly carried it back to infect others.

With this in mind, there had to be a cause for the coronavirus outbreak.

People started pointed fingers everywhere and at first, they were content to land on an unusual culprit: bat soup. Or as you’ve probably seen in memes: bat butt soup.

According to Foreign Policy, a video recently surfaced of a Chinese woman holding an entire bat with chopsticks, appearing to eat the creature in a soup. The Daily Mail also reported on the video, and YouTube channel RT shared the footage. The clip was reportedly met with outrage from Twitter users, who quickly began calling out Chinese eating habits as the cause of the outbreak.

But is there any truth in this?

Bats do contain a number of diseases, germs, and other unpleasantries that should steer you away from eating them, but the Coronavirus didn’t come from a soup made from bats.

Also, the video was recorded nearly 4 years ago. And the woman wasn’t even in WuHan or China for that matter. “Wang Mengyun, is a host of an online travel show who was actually eating a dish in Palau, an island country located in the western Pacific ocean.”

So, where did it come from?

This is where it gets tricky: Coronaviruses in general are large family of viruses that can affect many different species of animals, including camels, cattle, cats, and bats, according to the Centers for Disease Control and Prevention (CDC). In rare cases, those viruses are also zoonotic, which means they can pass between humans and animals—as was the case with Middle East respiratory syndrome (MERS) and severe acute respiratory system (SARS), two severe coronaviruses in people.

Initially, this novel coronavirus was believed to have started in a large seafood or wet market, suggesting animal-to-person spread, according to the CDC. But a large number of people diagnosed with the virus reportedly didn’t have exposure to the wet markets, indicating that person-to-person spread of the virus is also occurring. However, it’s still possible that the novel coronavirus began with an infected animal at the market—and then went on to person-to-person transmission once people were infected.

In fact, that theory—that the novel coronavirus did begin at a wet market—is supported by a new research article in the Journal of Medical Virology. For the article, researchers studied the genetic code of 2019-nCoV and found that it’s most closely related to two SARS-like coronavirus samples, suggesting that it, too, may have had a bat origin. But when researchers looked deeper, they discovered that the protein codes of 2019-nCoV were most like those used in snakes.

The possible reasoning, according to the research article and an article from The Conversation, via CNN: Snakes often hunt bats in the wild—and because snakes were also sold at the seafood market in Wuhan, the novel coronavirus may have jumped from bats to snakes to humans at the beginning of the outbreak. Still, more research on that theory needs to be done—which is especially hard now that the Wuhan seafood market has recently been disinfected and shut down.

Overall, the origin of the novel coronavirus is still filled with what-ifs and maybes, but according to most reports, it’s likeliest that bats (and possibly snakes) are to blame as the animal carriers of 2019-nCoV—but as far as “bat soup” is concerned, it’s just an extremely misinformed (and potentially xenophobic) rumor.

How does the Virus Spread?

Well, you’re probably not going to like answer. Much isn’t really known about the virus and how it spreads seems to remain largely unknown. According to the CDC:

“This virus probably originally emerged from an animal source but now seems to be spreading from person-to-person. It’s important to note that person-to-person spread can happen on a continuum. Some viruses are highly contagious (like measles), while other viruses are less so. At this time, it’s unclear how easily or sustainably this virus is spreading between people. Learn what is known about the spread of newly emerged coronaviruses.”

Currently, the CDC is encouraging people to do the following:

Also, there is currently no vaccine available for the virus. Currently the CDC is also recommending people to treat the virus like you would a respiratory infection and treat its spread as such.

What are the Symptoms?

The virus isn’t limited to these generic symptoms though. Those with Coronavirus may also experience the following:

Common human coronaviruses, including types 229E, NL63, OC43, and HKU1, usually cause mild to moderate upper-respiratory tract illnesses, like the common cold. Most people get infected with these viruses at some point in their lives. These illnesses usually only last for a short amount of time. Symptoms may include:

a general feeling of being unwell

Human coronaviruses can sometimes cause lower-respiratory tract illnesses, such as pneumonia or bronchitis. This is more common in people with cardiopulmonary disease, people with weakened immune systems, infants, and older adults.

Two other human coronaviruses, MERS-CoV and SARS-CoV have been known to frequently cause severe symptoms. MERS symptoms usually include fever, cough, and shortness of breath which often progress to pneumonia. About 3 or 4 out of every 10 patients reported with MERS have died. MERS cases continue to occur, primarily in the Arabian Peninsula. SARS symptoms often included fever, chills, and body aches which usually progressed to pneumonia. No human cases of SARS have been reported anywhere in the world since 2004.

“Your healthcare provider may order laboratory tests on respiratory specimens and serum (part of your blood) to detect human coronaviruses. Laboratory testing is more likely to be used if you have severe disease or are suspected of having MERS.“

“If you are experiencing symptoms, you should tell your healthcare provider about any recent travel or contact with animals. Most MERS-CoV infections have been reported from countries in the Arabian Peninsula. Therefore reporting a travel history or contact with camels or camel products is very important when trying to diagnose MERS.“

Currently the following locations have confirmed cases of the Coronavirus:

You can visit https://www.worldometers.info/coronavirus/ for more information and updates regarding outbreak and deaths. 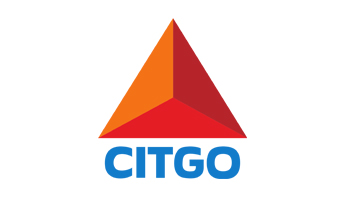 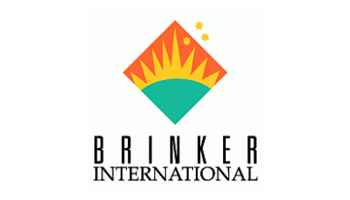 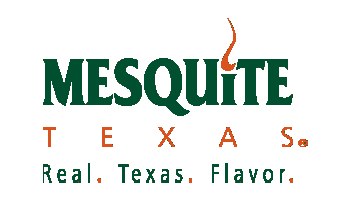 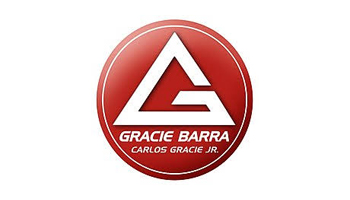 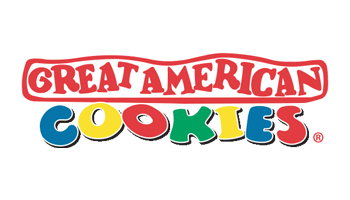 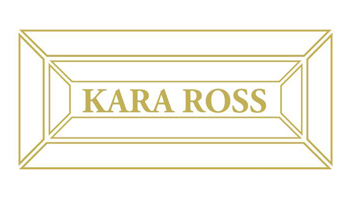 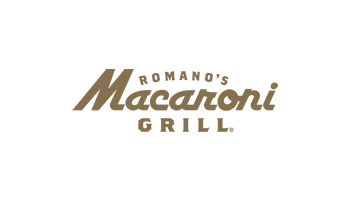 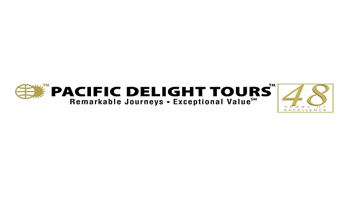 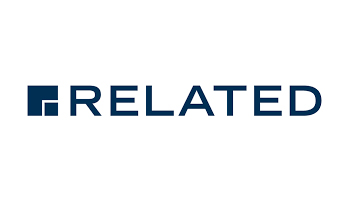 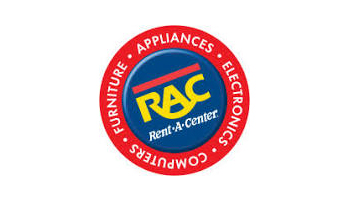 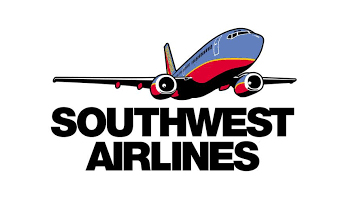 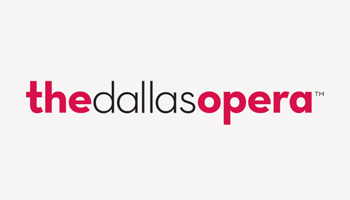 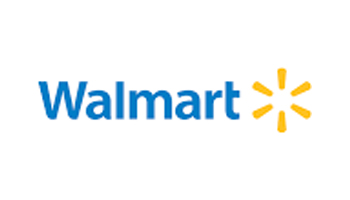 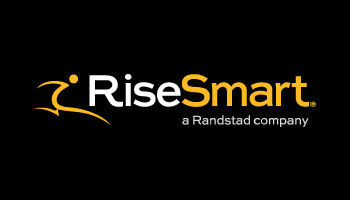